Since its founding in 2014, the Berlin DJ and producer duo YouNotUs has gradually become a source of inspiration within the global dance community bit by bit. After numerous top 1 hits and collaborations with hip electro, house and pop acts, YouNotUs have started 2019 with a bang!

With multi-award winning mega-hits such as "Supergirl" along with Alle Farben & Anna Naklab, "Please Tell Rosie" (also with Alle Farben), "Lessons" (in collaboration with Moguai & Nico Santos), "Woke Up In Bangkok" ( together with Deepend featuring Martin Gallop) or "Only Thing We Know" (again with Alle Farben & Kelvin Jones) YouNotUs inspire a diverse audience: YouNotUs see themselves as a link between the intimate club scene and tearing up festival stages in front of thousands of dance-mad fans.

In the spring, YouNotUs were embarking on a major tour of Asia and South Africa, after which the duo will performed at numerous prestigious open airs and festivals across Europe during the summer. Included in the live set is also the brand new single "Narcotic" (together with Janieck & Senex), an exotic/lead back club remake of Liquido's 90s top hit of the same name!

The show takes place in the Fun Zone at Giggijoch (2282 m).
The event area can be found right next to Restaurant Giggijoch
and is easily accessible for all winter sport fans.

Non-skiers: uphill gondola ride  with 10-person Giggijoch mountain gondola (C30)
From the top station it's only a short walk on foot (3 min) to the event area.

Only non-skiers without winter sports equipement can buy the return ticket. 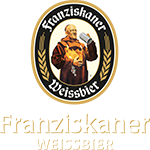